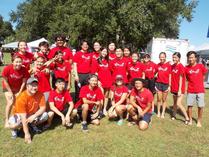 On October 15, 2016, the Asia Trend Asian Cultural EXPO was held. The EXPO included various traditional performances from many cultures such as: dragon dance, lion dance, Chinese instruments, Taiko drumming and dances from all around Asia. REACH had a great amount of volunteers whom were able to manage the stage and the REACH booth itself during the festival. Click on title for more photos. 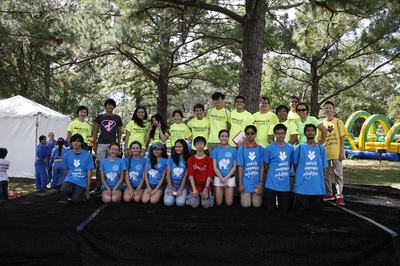 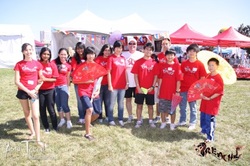 On 16 October 2010, REACH participated in the Asian Cultural Expo where there was dragonboat racing, performances, food, and booths of many Asian countries! Thanks to Asia Trend Magazine invitiaton and REACH shared a booth with Asia Trend Magazine for promoting REACH and fundraise for REACH’s operations. The event was a wonderful opportunity for everyone to learn more about Asian culture and watch events. REACH members even participated in performances like a dance done by Celeste Hoeh and thanks to Koichi Kanaoka, he has re-arranged a piece called “Butterfly Lovers” into Ensemble music and  performed by Koichi Kanaoka, Hans Lau, Frank Lau, Ben Liu, and Sangji Lee. We were also able to meet Orlando City Mayor Buddy Dyer and took a photo with him. Check out these pictures from the event!