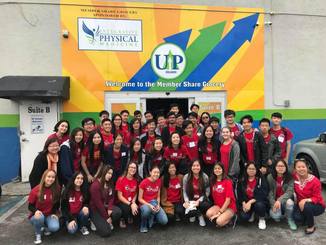 On December 9, 2017, REACH members aided United Against Poverty with their annual Christmas Mall Event. This event helps families who live in poverty help purchase presents for their kids while also providing a fun Christmas-like setting for the children. Over 65 members were able to come out and dedicate their Saturdays to spreading Christmas love and joy!

On August 6, 2017, REACH members joined together for a field day at Avalon Park.  Bonds were made and strengthened through many sports, games, food, and overall fun!

My Life in China Reception and Screening

My Life in China was featured by the Florida Film Festival for two screenings on April 11, 2015, and April 17, 2015.  The Asian American Chamber of Commerce and Asia Trend Magazine collaborated for a free reception for director Kenneth Eng from Los Angeles on Tuesday, April 14, from 5:30 pm to 7:00 pm at Orlando Fashion Square Mall's Y.E.S.S. (Youth Enrichment and Senior Services) Center.  Everybody was thrilled to meet the director and connect with various Asian American community leaders!  For more information on the documentary, visit www.mylifeinchina.org 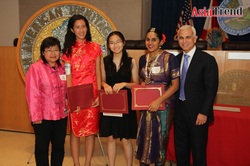 Reach was generously sponsored by Asia Trend Magazine to try out Dragon boat racing  . It was very fun and everyone seemed to be satisfied when we came back to shore. Here are some pictures of the event.

On April 24, 2011, REACH went to the Orlando Taiko Dojo for a free attempt at Taiko Drumming. Based on these pictures it seemed like a lot of fun. Photos taken by Asia Trend Magazine.

REACH at the Spring Sakura Concert 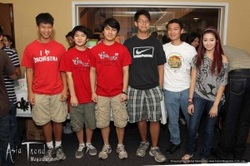 On April 2, 2011 REACH helped the Spring Sakura Concert by setting up and doing car patrol at the First Presbyterian Church of Maitland . The concert itself was amazing and was a fundraiser for a good cause – sending money for disaster relief for the victims of the Earthquake in Japan. The pictures below are of the REACH volunteers who helped out during the concert.

On Febuary 5, 2011 REACH did many performances like Dragon Dancing, Kung Fu, and an ensemble performance. We also fundraised and manned a variety of booths ranging from display of arts and crafts to other fun activities. Here is an article written by Asia Trend Magazine summarizing the event. Underneath the article are also some pictures of the performances.

On November 27, 2010 REACH members had the privilege to try out dragon boat racing with Coach Grace and CHARGE Members.These amazing pictures were taken by Asia Trend Magazine. 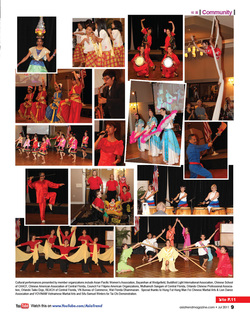 On November 20,2010 REACH members participated in a performance at the awards banquet. The picture below is a collage of some of the performances performed done that night.

REACH at the Orlando Japan Festival 2010 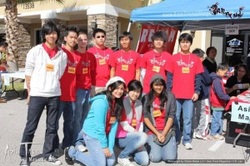 On November 6, 2011 , REACH volunteers went to the festival to help set up and man a booth. The twelve volunteers during this event had time to take a full group shot as shown below. 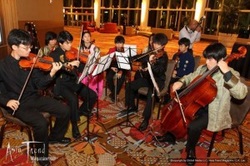